While they were down in Falmouth, the Crew couldn’t resist popping in to the National Maritime Museum Cornwall, which is situated on the waterfront just a stone’s throw away from the lifeboat station. Our visit was even more exciting because the museum is currently hosting an exhibition all about search and rescue, including the work of the RNLI. 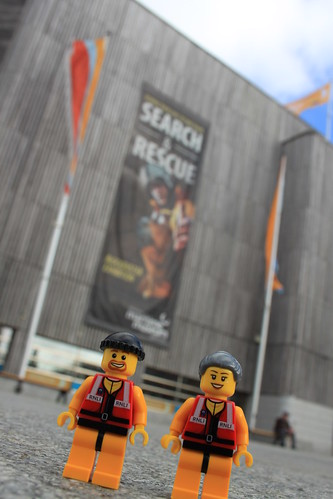 The Crew couldn’t believe their luck

Being right next to the marina, even just walking towards the museum puts you in a nautical mood. As we looked at the boats coming and going, I was reminded of Sir Robin Knox-Johnson returning to Falmouth in his yacht ‘Suhaili’ after becoming the first person to sail single-handed and non-stop around the Earth. Having left the port some ten months previously, he returned in 1969 as the winner (and sole finisher) of the Sunday Times Golden Globe Race. (You can read more about him in the museum.) 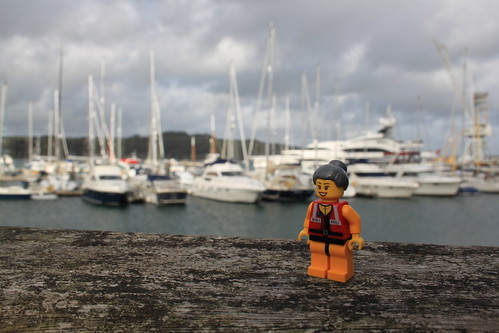 There were some extremely nice boats in the marina

Inside the museum, the Crew were overawed by the number of boats on display. From motor launches to Olympic sailing dinghies, there was something for everyone. There was even Frank Dye’s 15′ 10″ (4.85m) Wayfarer dinghy ‘Wanderer’, in which he sailed the 650 mile passage from Scotland to Iceland. I spent much of my youth sailing Wayfarer dinghies on the somewhat calmer waters of Poole Harbour, so have a particular soft spot for the class. And now so do the little guys. 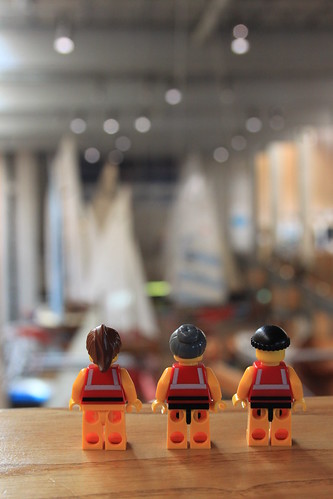 So many boats, so little time

The Crew were particularly taken with the high level of craftsmanship and attention to detail evident in the boats on display, as well as in the on-site boatbuilders’ workshop. Boatbuilding seems to be one of those crafts where doing things right is still more important than doing things cheaply. Which is reassuring, given how much we rely on our various vessels every time we head out to sea. 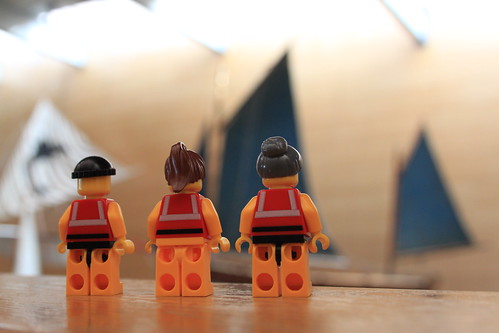 The Crew pick their favourites

The highlight of the visit was, perhaps inevitably, the search and rescue exhibition, which runs until the beginning of next year. The Crew had fun clambering over the Atlantic 75 inshore lifeboat and the lifeguard quad-bike. But the coolest thing by far was the enormous 70-foot Sea King search and rescue helicopter. In a touch of genius, it’s been painted on one side in the red and grey of the Royal Navy and on the other in the vibrant yellow of the Royal Air Force. And, even better, you get to wander around inside it.* 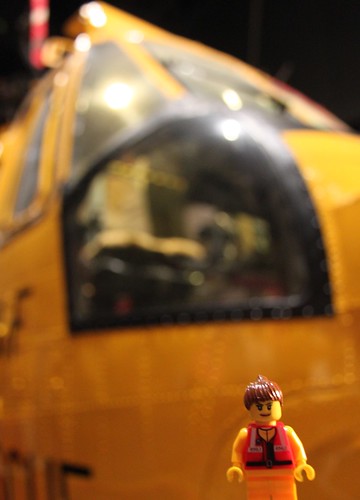 Can I have one? Please?

There was also a D class inflatable lifeboat on display, this one there explicitly for kids to clamber around on and play with. So that’s exactly what the Crew did… 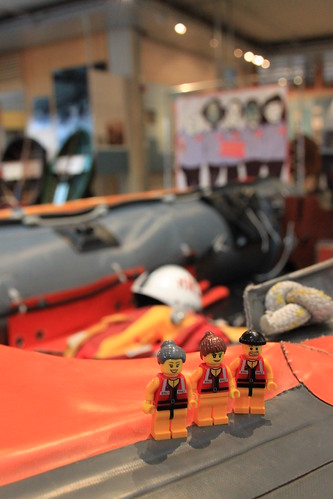 On a D class lifeboat at last

In fact, they were none too pleased when it was time for us to move along to the next exhibit. They’re now more determined than ever to get their hands on a D class of their own. Thankfully, though, the Crew have been invited to visit a couple of RNLI stations with D class boats of their own, so this should help them to get their regular fix for the immediate future. 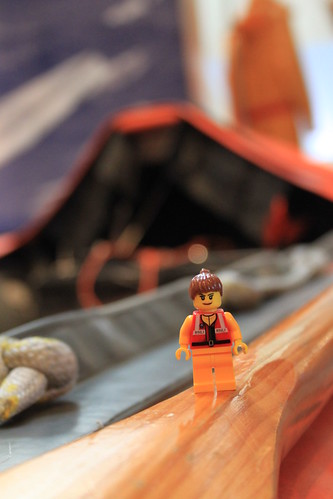 Another highlight of the museum is the observation tower, from which there’s a fantastic view all the way across the harbour. Last time I was there, I met a former RNLI colleague of my dad’s, who was volunteering at the museum. This time, though, we had everything to ourselves. Which was probably all for the best, given the Crew’s penchant to muck about. 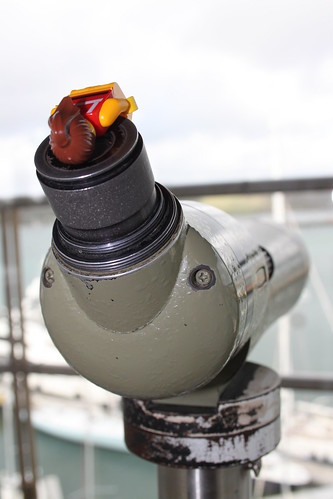 Erm… is everything supposed to be upside down?

I’m not usually a big fan of museums. But I’ll always make an exception for this one. It seems to strike just the right balance between acknowledging the past, celebrating the present and exploring the future. In fact, the same could probably be said for the whole town of Falmouth itself. We really enjoyed our visit and can’t wait to go again.

* It’s far smaller inside than you would expect. Like an inverse TARDIS.