Over the last couple of weeks, I’ve been writing about the Crew’s visit to the lifeboat station down in Exmouth. In the first post, we learned about the station itself. And in the second, we looked around the station’s brand new Shannon class lifeboat. But I also taunted you a little about the humungous new tractor that launches the boat. And so it’s time to turn our attention to this caterpillar-tracked behemoth.

The idea of a lifeboat on a carriage pushed or towed by a tractor is not a new one. But the launch and recovery system for the Shannon takes this to a whole new level. For a start, the caterpillar tracks on the carriage and the tractor are all powered, which makes the system much more powerful and manoeuvrable, so that the boat can be launched in areas that would previously have been inaccessible. 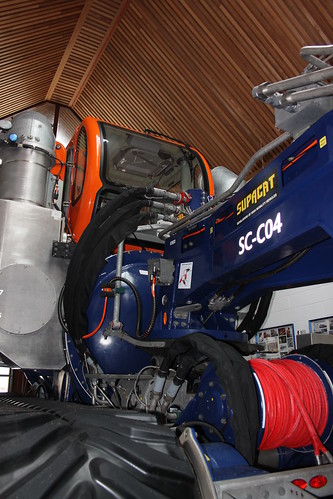 The carriage itself has a built-in turntable, meaning that the Shannon can be launched and recovered bow first. This reduces both the time and the space needed to recover the lifeboat and to prepare her to launch again. In fact, she can be ready for launching again in just ten minutes. Yes, ten minutes. It takes me longer than that just to find my car keys… 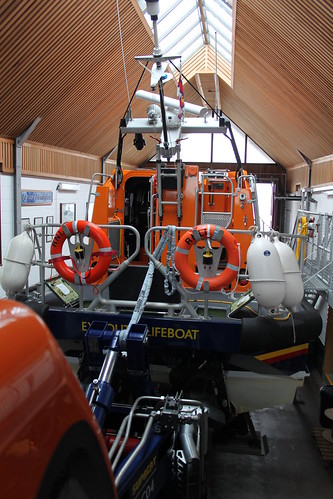 The Shannon on her carriage

The tractor is powered by a 331kW (that’s 450 horsepower) Scania engine, similar to the ones used in the lifeboat itself. The tractor, which is built by Supacat, was designed specifically for its role in launching and recovering the Shannon. And it is completely waterproof. It can be operated in water at depths of 2.4 metres and can withstand full submersion in water up to 9 metres deep in the event of that it becomes immobilised.

If you look carefully at the engine in the photo below, you might just be able to spot mechanic Dave. (Clue: He’s at the bottom.) 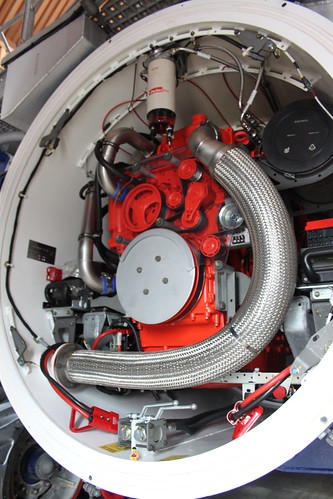 The Crew were massively impressed with the Shannon’s launch and recovery system. Though they felt a little overwhelmed by the size of the thing. Here are mechanic Dave and crew member Susie checking out the enormous caterpillar tracks. 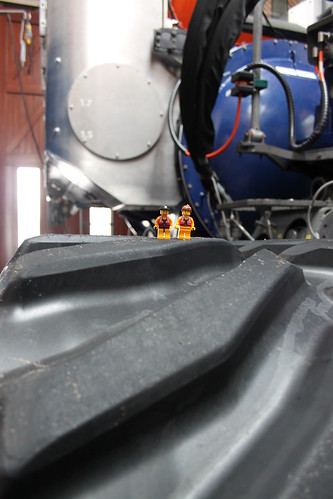 The Crew on the tractor’s caterpillar tracks

The tractor is driven from a cab high up in the air, with a view over the top of the lifeboat and to the beach beyond. Crew member Steve took control of the tractor (very) briefly. Though I’m keen to emphasise, for health and safety purposes, that the tractor was not on and that he was supervised closely at all times. 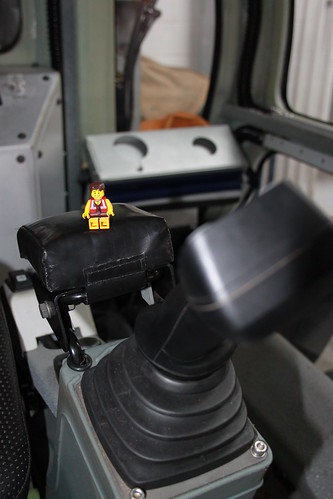 In contrast to the mammoth launch and recovery system for the Shannon, the tractor and trailer for the station’s D class inshore lifeboat, ‘George Bearman’, seemed tiny. But they are no less effective and have served the station well. (They’re also much easier to clean, I would imagine.) 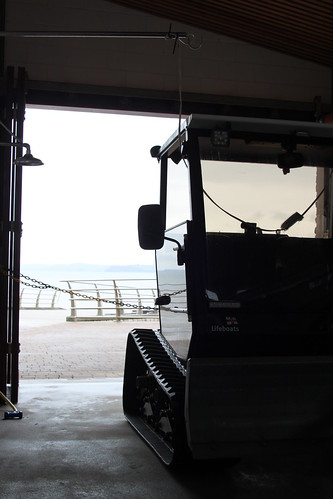 The (much smaller) tractor for the station’s D class lifeboat

The Crew were delighted to have the opportunity to get up close and personal with the D class. Despite the shiny newness of the Shannon and the awe-inspiring scale of its tractor and carriage, the zippy little D class remains the Crew’s firm favourite. 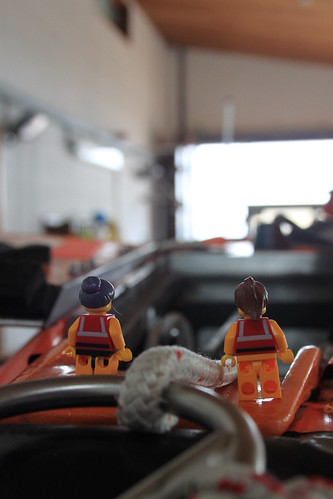 The Crew explore the D class

And it’s not just a little rubber boat with an outboard. The D class is a fully equipped lifeboat that is able to operate in surf, shallow water and confined locations, often close to cliffs, among rocks or even in caves. And it can normally be afloat within minutes of the crew’s pagers going off. 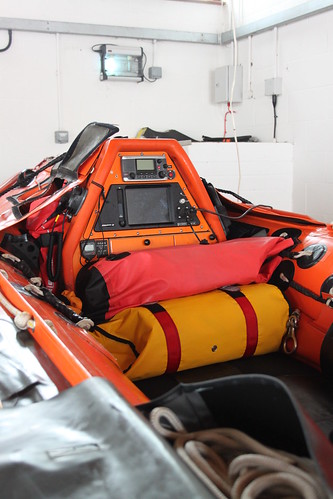 The D class ready for service

As you might have been able to tell from this and our previous posts, the Crew had a great time visiting the lifeboat station at Exmouth. They and I learned a great deal about the boats and about what makes the station tick. And that’s due in no small part to the knowledge and enthusiasm of Emma Tarling, the station’s extremely hospitable (and very patient) press officer. So a big ‘thank you’, Emma, for making our visit to special! 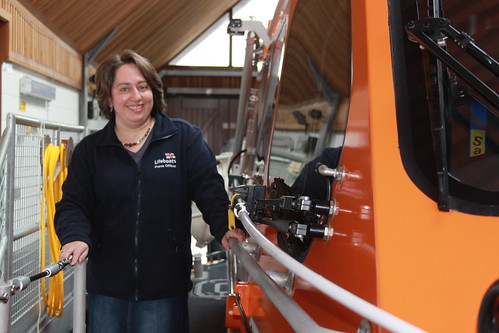