In last week’s blog post, we talked about the fantastic welcome that the crew received at Teddington lifeboat station. And I promised to tell you this week about our tour of this most unusual of lifeboat stations, hidden away in the base of a block of flats on the bank of the River Thames. So here goes…

We started in the large crew room, where the station’s crew come together to learn new skills, practice existing ones and keep up to date with what’s happening at the station and across the RNLI. The Crew loved the bright, open space, with its focused atmosphere and views down to the river. 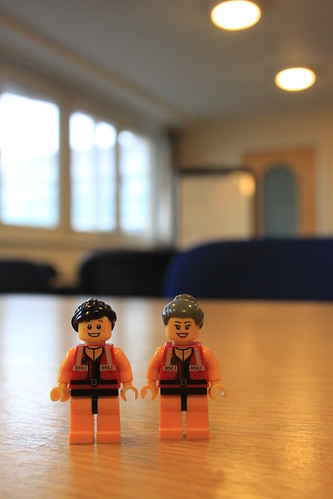 The Crew check out the ‘crew room’

Deputy Coxswain Anna somehow ended up in what the little guys first took to be some kind of 360 degree viewing chamber, complete with water safety messages and the RNLI’s instantly recognisable logo. It wasn’t until she tried to get out that she identified something of a design flaw with the set-up… 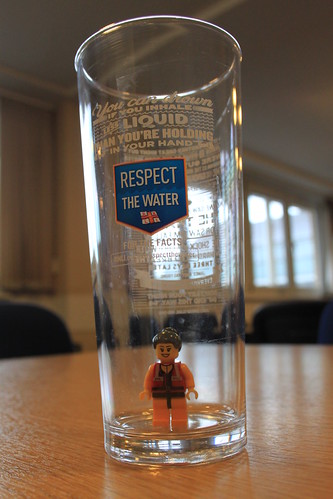 The Crew also took this opportunity to learn more about the RNLI’s work helping people to stay safe when they are in, on or near the river. We all know that the coast can be a dangerous place, but the proximity of the Thames to the city and its urban comforts can all too easily lull people into a false sense of security. 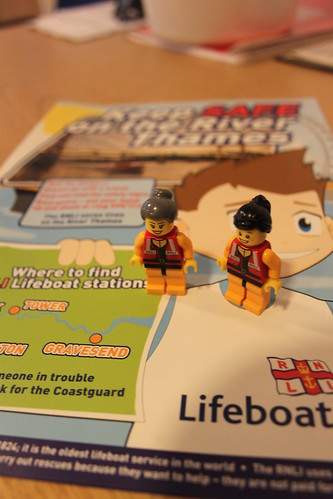 Rivers can be dangerous, too

We enjoyed a nice cup of tea with the Teddington crowd, but the little guys were anxious not to get landed with the washing up. Even a washing up bowl can be treacherous when you’re only an inch and a half tall. 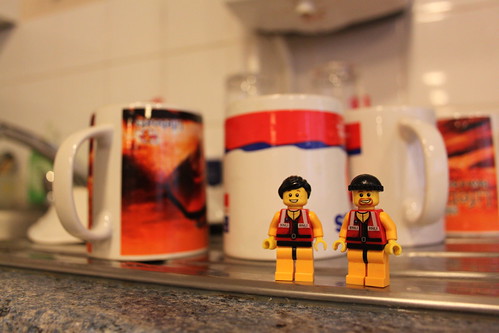 Last one out does the washing up…

At the back of the rather unusual boathouse is the changing room, where the crew store all of their kit. As within any other lifeboat station around the country, the drysuits and lifejackets were all hung up neatly, ready to be donned at a moment’s notice. 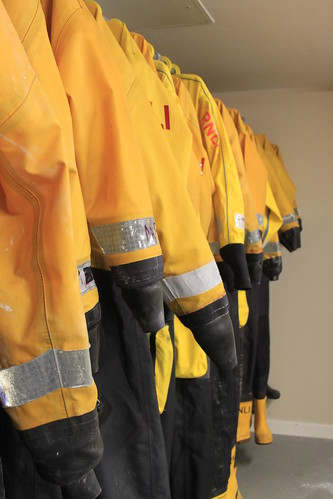 Crew member Susie was hoping to try on one of the rugged drysuits, but sadly the station didn’t have one in her size. 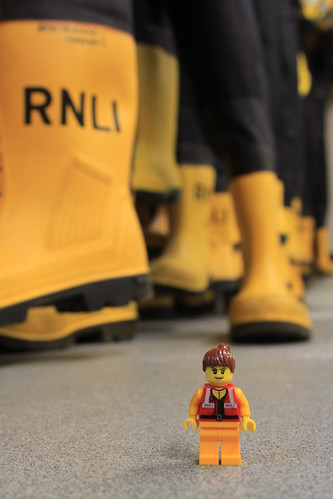 She faced the same problem with the helmets. The RNLI helmets are designed to fit comfortably when the wearer has a lifejacket on, can be adjusted to fit the head size of each individual wearer, and have a visor that can be flipped up or down as required. When I was a kid, the RNLI’s inshore lifeboat crews wore what looked very much like a regular motorcycle helmet, so the current kit really is a significant improvement. 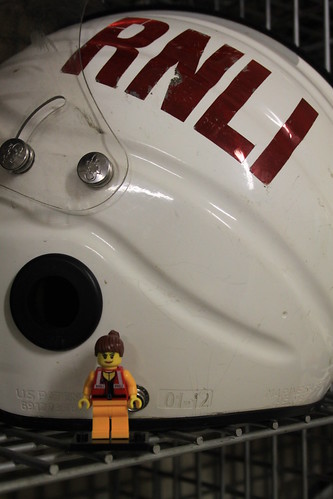 Same with the helmets…

The last bit of the station for us to visit was the boathouse itself. This was a bit like the world’s cleanest double garage, with an up-and-over door to the front of the building and a door at the back leading from the changing area. The two lifeboats and their tractor are housed here, ready to go whenever they’re needed. 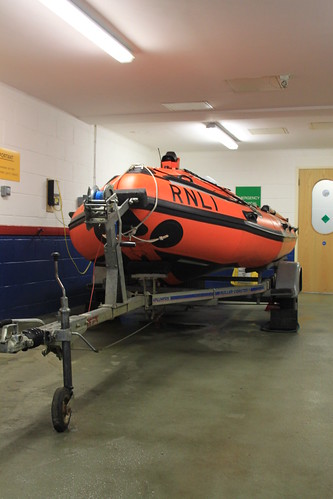 One of the station’s D class lifeboats in the boathouse

With our tour almost complete, the little guys couldn’t resist the temptation to goof around with some of the bits of kit they found at the station. It’s amazing the fun you can have with a wellington boot, for example. 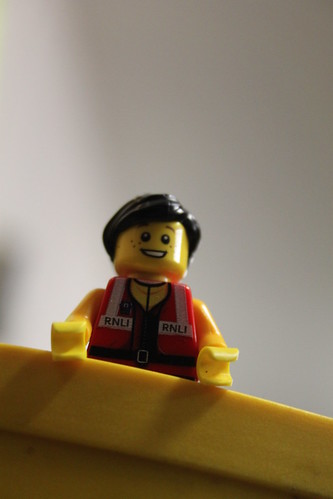 And a life-ring, for that matter. And if you look very carefully in the photo below, you can see my wife (Natalie) and dog (Molly) in the background. While the little guys and I had been working tirelessly to bring you information on and photos of the station, our support team had been outside surfing the crowd. 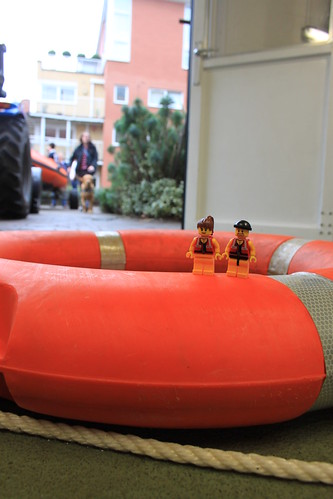 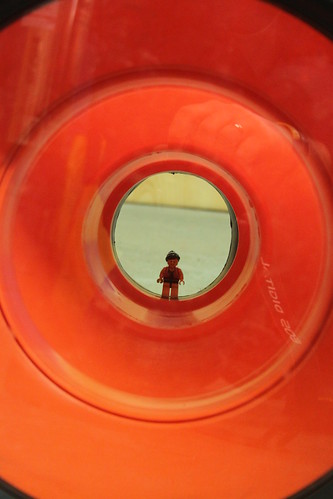 Crew member Jackie gets to grips with a bathyscope

For something that looks so unassuming from the outside, the station really is rather exceptional on the inside. Like a suburban TARDIS with a nautical theme. And we haven’t even got started yet on the lifeboats themselves. But for that, I’m afraid, you’re going to have to wait until next week…