Over the last couple of weeks, we’ve learned a fair bit about the RNLI lifeboat station at Teddington in London. We’ve talked about the fantastic reception that the little guys received and about the station itself. But what we’ve not really looked at, though, are the station’s lifeboats. So it’s time now to rectify that.

Unusually, the station has not one, but two, D class inshore lifeboats. You quite often see stations with an all-weather lifeboat and a D class, of course, or even a larger Atlantic inshore lifeboat and a D class. But to have two D classes is quite unusual. In fact, Teddington started out with just the one, but the demands of its operational area meant that the first lifeboat was quickly joined by a second. 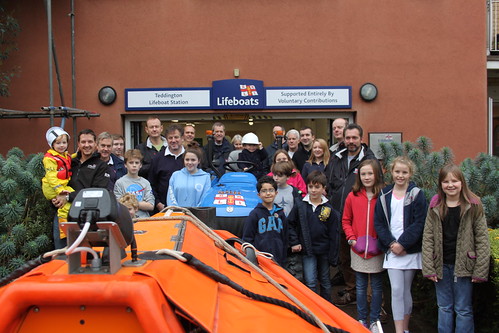 The boats, named ‘Olwen and Tom’ and ‘Spirit of Mortimer’, are housed in the large garage-like boathouse that we talked about last week, which is situated on the ground floor of a block of flats next to the River Thames. Like all of the 150 or so D class lifeboats in the RNLI fleet, the Teddington boats are five metres long, have a crew of three and a top speed of 25 knots. Just right, in fact, for undertaking speedy rescues on the river. 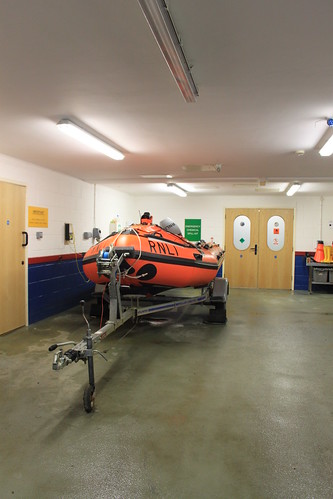 Launching is quick. Simply come out of the boathouse, turn left and there’s a slipway right down to the river. The Teddington crew aim to be on scene within just minutes of their pagers going off. This is relatively straightforward if the shout is downstream, but more challenging going upstream as the crew first have to negotiate Teddington Lock. 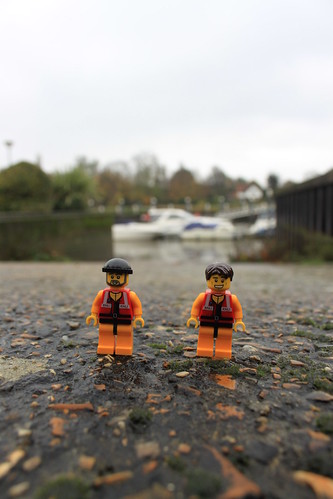 The slipway down to the Thames

The boats are launched on their trailers using possibly the world’s shiniest tractor. It looks like any other small agricultural tractor, except that it has the familiar RNLI flag on the bonnet and is so clean that the glint of the sun on it can probably be seen from space. (The little guys suspected that a certain amount of cleaning had gone on earlier that morning, after the Teddington crew had returned from their weekly exercise…) 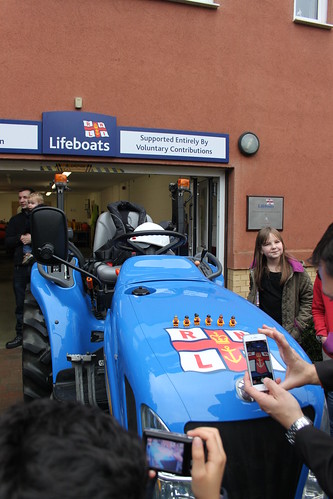 Is this the world’s shiniest tractor?

It’s uncommon, apparently, for both lifeboats to be launched to the same shout. Rather, the second boat is there in case there is a second shout while the first boat is already tasked to assist a casualty. Especially if the second casualty is on another part of the river.

While the Teddington crowd were otherwise occupied, crew member Steve attempted to make a quick get-away on the unattended tractor. However, he was quickly spotted and restrained. 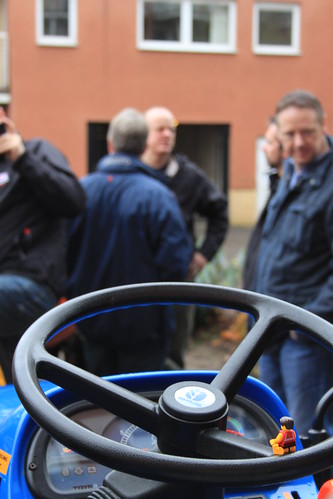 Unusually, the station’s D class lifeboats are fitted with blue lights. While all-weather lifeboats and the Atlantic inshore boats have blue lights, D classes generally do not. But with the Thames being so busy, the crews need a way of making their presence known. One would have thought that a bright orange boat roaring along at 25 knots would have done the trick, but perhaps Londoners need a little extra prompting… 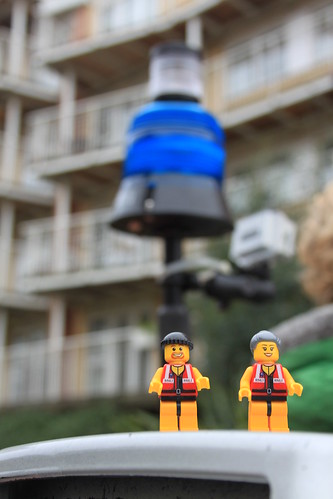 Proud to be part of the emergency services

With our visit coming to an end, it was time for the Crew (and me, Natalie and Molly) to say our goodbyes. We really had been astonished with the warm welcome that we had all received. And the Crew really did have an ‘L’ of a day out. Especial thanks to Teddington crew member Claire for organising our visit, but also to the whole crew and their families for making us feel so welcome. 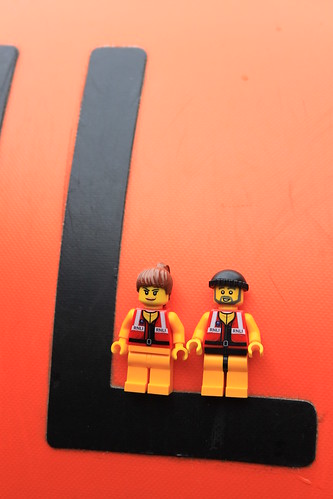 It was an ‘L’ of a day out at RNLI Teddington

So when you’re next out on the Thames, keep an eye out for a D class or two. And if you have the chance, say ‘hello’ from the little guys…