So let’s clear something up. Penlee lifeboat station is not, in fact, in Penlee. It’s in Newlyn, on the western edge of Mount’s Bay in Cornwall. There isn’t even a town called Penlee. The station’s called that because it used to be sited on Penlee Point, just outside the nearby village of Mousehole, and it moved to Newlyn in 1983. But the Penlee lifeboat has such a long and honourable history that there’s simply no question of changing the name. 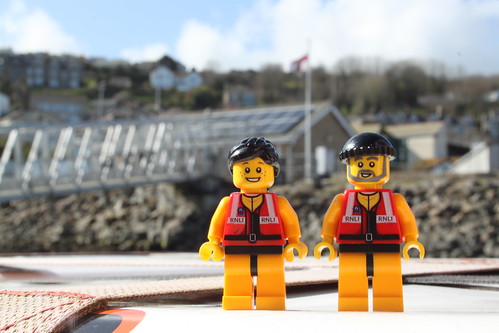 There has been a lifeboat in this part of Cornwall since 1803, before the RNLI was even formed. There have been various boats and several different stations over the years, with the move to Penlee Point taking place in 1913. This was still in the days of ‘pulling (i.e. rowing) and sailing’ lifeboats. The station didn’t get its first motor lifeboat until 1922.

The current lifeboat station looks very different to the tiny boathouse that still clings to the edge of Penlee Point. The small station building stands proudly on the top of the harbour wall, with the two modern lifeboats waiting patiently at their pontoons below. It was quite daunting, really, to visit a station with such a distinguished history, but Coxswain Patrick ‘Patch’ Harvey, press officer Elaine Trethowan and members of the crew instantly made us feel right at home. 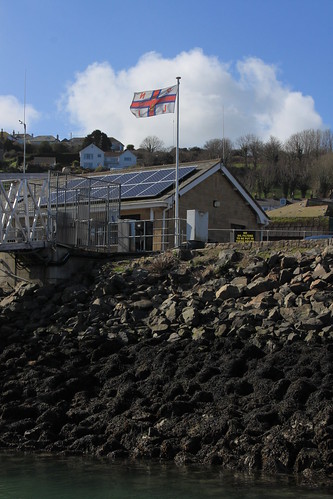 With the station’s all weather Severn class lifeboat ‘Ivan Ellen’ and its Atlantic 75 inshore lifeboat ‘Paul Alexander’ both berthed in the harbour, the station building houses the crew room and changing area (as well as a workshop and gift shop). Coxswain Patch explained that all members of the crew are trained to operate both boats, so they simply race to the station and get kitted out for whichever of the two boats (or both!) are called upon to launch. And with the crew living and working locally, the boats can be under way in as little as six minutes from the pagers going off. 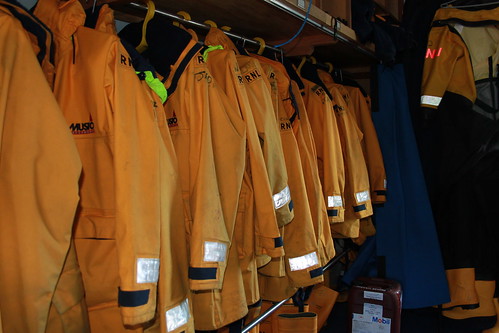 Walking around the station, there were constant reminders of its history of long and distinguished service to the saving of lives at sea. A memorial stone to the lost crew of the ‘Solomon Browne’ sits proudly in the entrance hall. And in the crew room, a modest plaque commemorates the fact that this service earned Coxswain Trevelyan Richards the posthumous award of the RNLI’s gold medal.

Pictures of the station’s various lifeboats – and there have been a lot over the years – decorate the walls of the crew room. This reminded me of a poster I had on my own wall when I was a kid, showing the station’s magnificent Arun class lifeboat ‘Mabel Alice’, which served at Penlee for 20 years from 1983 to 2003. 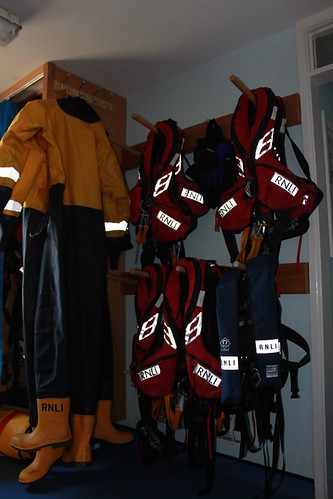 And don’t forget your lifejacket

The crew get to the lifeboats via a metal walkway, which leads down onto the pontoons in the harbour. Even tied up alongside, the massive Severn looks extremely imposing and exerts – it seems to me, at least – a sort of calm authority. A benign presence that says ‘Don’t worry. I’ll not let you down.’ Coming into any harbour and seeing that familiar orange superstructure is, I’ll admit readily, one of my favourite sights. 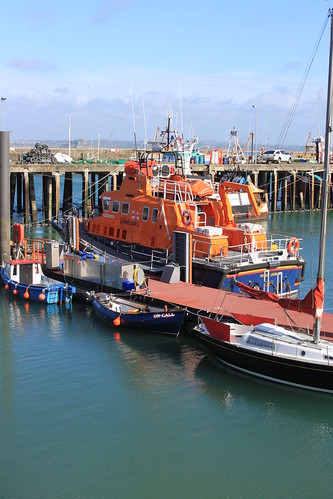 The Atlantic 75 used to be housed in a separate boathouse at the edge of the harbour, but now has its own floating pontoon from which it can be launched more easily and more quickly. Interestingly, it seems that the station’s old launching tractor – called Kevin, by the way – is soon to move up to my own station of Portishead, which is about to be adopted by the RNLI, to launch our very own Atlantic 75! 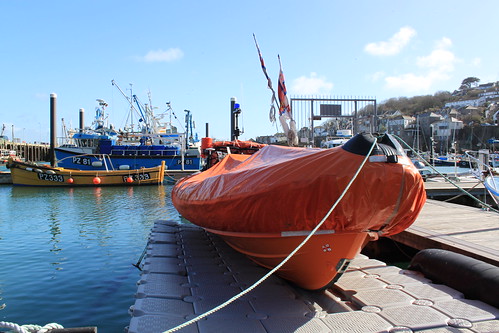 And the Atlantic 75 ‘Paul Alexander’

The Penlee crew are currently raising funds to build a brand new station. The new building, which will be constructed on the site of the existing one, will provide valuable additional space for the crew (so that they can all get changed at the same time, for example), their shore helpers and the station’s fundraisers. The Crew were keen to help out and if you’d like to help, too, you can find out more here. 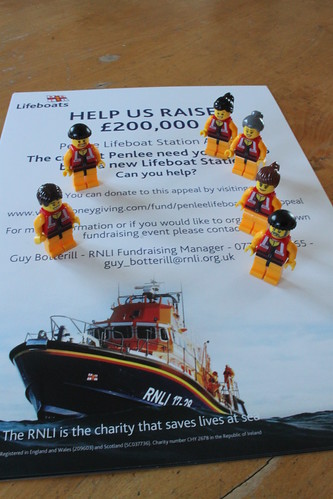 Having looked around the station and learned more about its history, its boats and its crew, it was time now for the little guys to check out the boats themselves. But we’ll get on to that – and loads more photos of the Crew at Penlee – next week.