Earlier this month, the little guys were delighted to be asked to help organise the RNLI stand at the Portishead Raft Race. They launched themselves into their role with gusto, taking the time the evening before the event to check the supply of souvenirs and to make sure that all of the necessary paperwork was in order. (There’s always paperwork…) 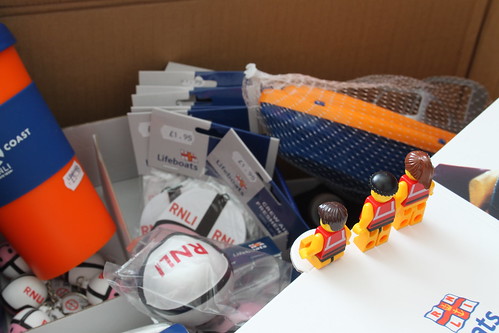 On the day, the Crew supervised the setting up of the three gazebos, wisely leaving the actual hard work to people who were more than an inch and a half tall. They were quite pleased with the overall design of the stand, though, with ‘their’ souvenir stand taking centre stage. 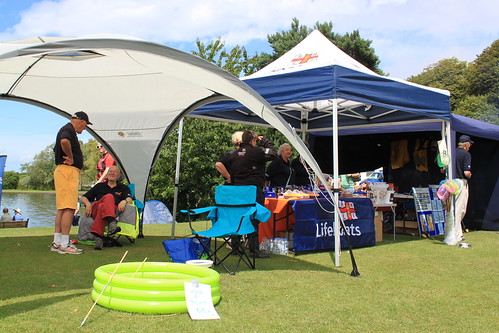 We’d recruited over a dozen of the station’s excellent volunteers to help out at the event. Some came for the day, while others popped in for an hour or two. But all worked tirelessly to make the event a success. 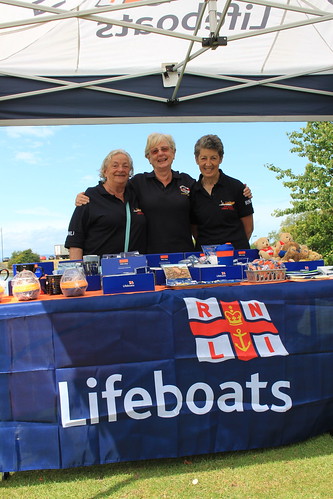 The little guys were keen to do their bit, too, and tried their best to promote the souvenirs without themselves accidentally getting sold. They also helped to tell people about the role of the RNLI and about our brand new lifeboat station. 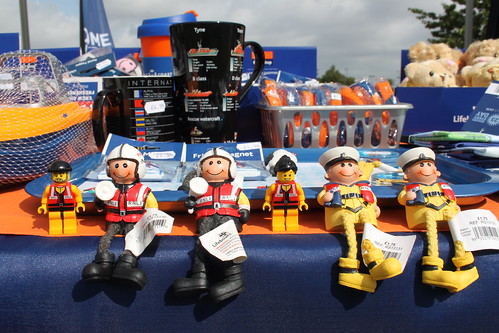 And they hadn’t forgotten our canine friends, with a water bowl and biscuits for passing dogs. (Though I have to admit that Molly, my Labrador, ate most of the biscuits…) 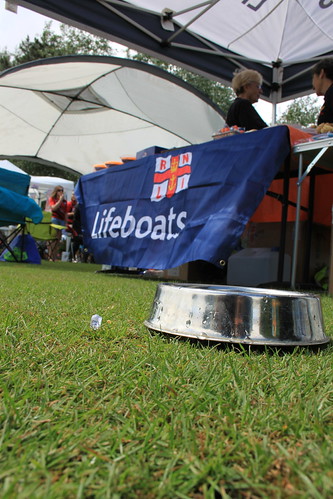 As if all of that wasn’t enough, Stormy Stan also took time out of his busy schedule to come along and support the event. Always a big hit, he seemed to revel in the limelight and couldn’t resist showing off some of his ‘moves’. 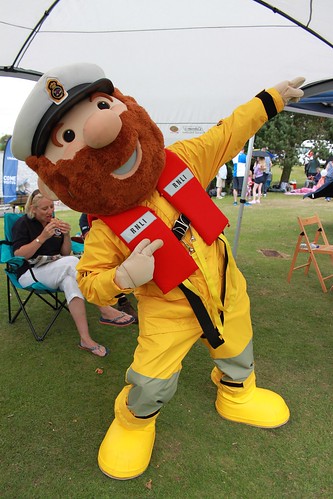 The little guys were overawed to meet Stormy Stan, who is most definitely one of the ‘big guys’. Though Crew Members Jackie and Steve couldn’t help but remark on the resemblance between His Storminess and Coxswain Bob, even if Bob is now a little greyer in the beard than he used to be. (I hope he doesn’t read this…) 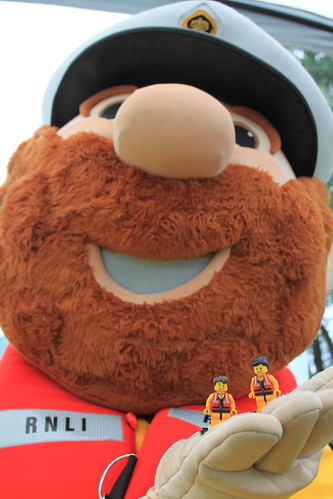 With their hectic schedule during the day, though, the Crew wisely paced themselves and took time out every once in a while to have a quick break. 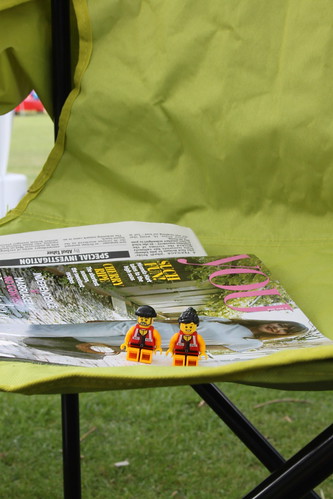 And despite their many organisational responsibilities, the Crew had a most excellent day out at the Portishead Raft Race. They made a host of new friends and gained a little more insight into the tireless work undertaken by our volunteer fundraisers. Most importantly, though, they learned that, with teamwork and a sense of humour, great things can be accomplished.