Where land, river and sea meet, exciting things happen. And if you don’t believe me, head down to Dartmouth. This small Devon town, nestled comfortably on the western bank of the estuary of the River Dart, was for centuries a significant deep water port for sailing vessels of all kinds. And even today, it is home to the Britannia Royal Naval College, where all officers of the Royal Navy are trained.

As soon as the Crew stepped out into the sunshine and looked out over the bustle of activity on the river, they felt right at home.* Sailing yachts, motor boats, dinghies and kayaks all jostled for space on glistening blue water that wouldn’t have looked out of place on the shores of the Mediterranean. 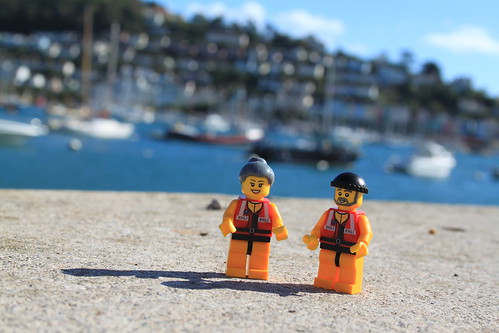 The Crew were particularly excited to see the Henry Finlay, a thirty-five foot ex-RNLI rowing and sailing lifeboat. Launched in London in 1911, she served for 18 years at the lifeboat station at Machrihanish on the south-western end of Scotland’s Mull of Kintyre. Although the station there had been opened in response to the tragic loss of a local trawler, the lifeboat was never launched to a casualty.

After her uneventful stay in Scotland, the Henry Finlay moved down south (by rail!) to Teignmouth, where she served as the station’s lifeboat until the Second World War. During her time on station, she saved two lives. In 1945, she was sold out of the RNLI, fitted with an engine and turned into a pleasure boat for day trippers. She has now been lovingly restored by a lifeboat enthusiast and offers short voyages of discovery around the River Dart. 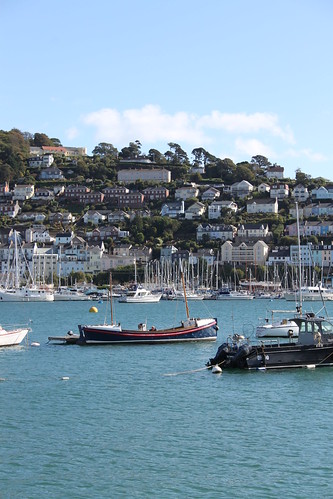 Exciting as all this was, though, the Crew were keen to check out the Dart lifeboat station. While there had been a lifeboat stationed in the town from 1878 until 1896, the current station was established as recently as 2007. The station is home to the D class lifeboat ‘The Spirit of the Dart’, which is housed in a purpose-built boatshed next to the river. Here’s the lifeboat station… 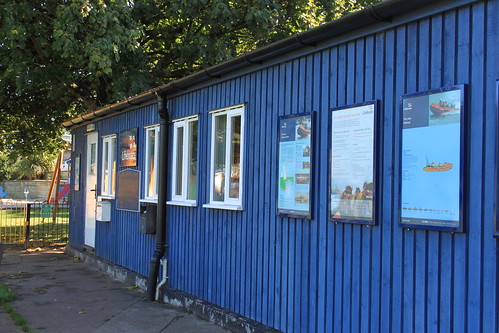 The station wasn’t open for visitors, so the Crew resorted to peering through the window to get a look inside. Here, you can see them balancing on the window ledge. 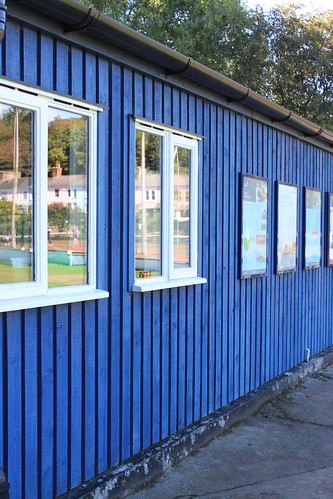 With their faces pressed up to the glass, they could just make out the D class lifeboat. Great excitement ensued. 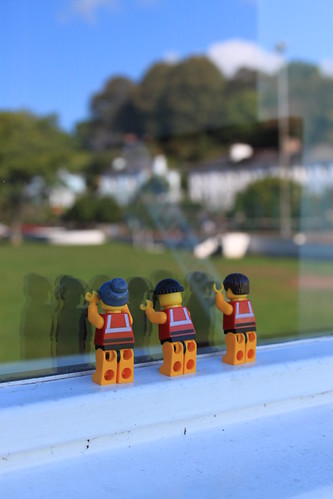 Having seen the lifeboat, we took a wander down the quayside. There were still plenty of daytrippers about, as well as locals going about their business. Although it’s rather small, Dartmouth always seems to have a strong sense of purpose, something that can sadly so often be lacking in our coastal towns. Even Molly, my Labrador, was enjoying herself.** 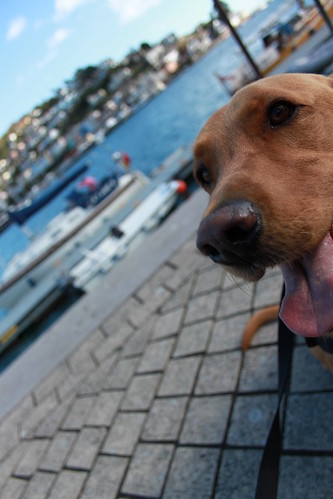 Even Molly enjoyed herself

Eventually, though, it was time to head on. But not before we’d taken the Higher Ferry across the river. We were right at the front of the queue, so the little guys had a great view of the comings and goings on the river while we waited for the boat to come in… 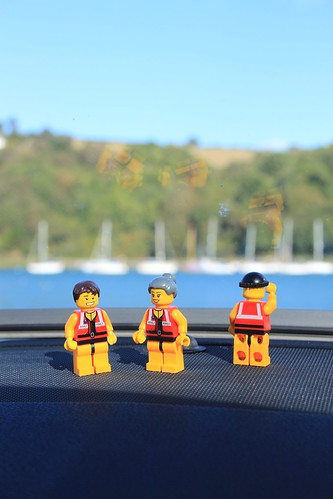 The Crew waiting for the Higher Ferry across the Dart

So that was Dartmouth. My (and possibly the Crew’s) spiritual home. If you’ve never been there, go soon. If you have been, go again. And if you live there… have you thought about selling your house? I know someone who might like to make you an offer…

* It probably didn’t hurt that I absolutely love Dartmouth, too, and use any excuse to head down there for the day.

** Even if I did spend a large proportion of our visit lying on the quayside / grass / pavement / road taking photos of little LEGO people.